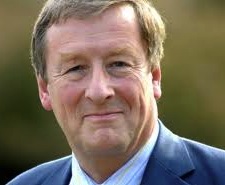 Adrian decided at school that he wanted to run a railway company and thought that a good first step would be to join British Railways, which he did in 1970 as a mechanical engineering graduate trainee. This despite the fact that he passionately believed that the railways should not have been nationalised in 1948.

Everything he saw in his 26, very enjoyable years with British Railways reinforced his views on the subject.

It was, therefore, with great pleasure that he heard the news that the Major government intended to privatise BR.

He has, however, been a consistent and public critic of the way in which the then ministers and civil servants allowed the legal profession to hijack the process and saddle the industry and taxpayer with a much more expensive and inefficient system than they could have had.

In recent years he has been pleased to note that some changes are afoot which he has been lobbying for both publicly and privately.

Despite the unsatisfactory industry framework, he is very proud to be numbered among the many thousands of railway men and women who have delivered the best railway system in Europe over the past 15 years.