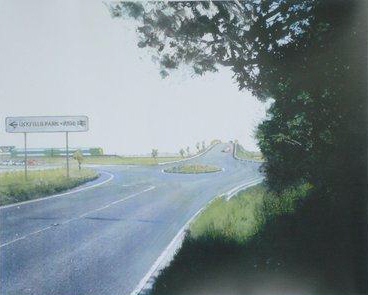 Railfuture has been campaigning for reinstatement of the railway between Uckfield and Lewes, and building relationships with stakeholders to align them toward that goal. We have been advocating an incremental approach, which is the most likely to succeed within the constraints of Network Rail’s funding and delivery capacity, and be delivered soonest.

Railfuture supports the London and Southern Counties Railways consortium initiative for a second main line from Brighton, leading into a strategic cross-London link, but in reality this will be a mega-project like Crossrail. If the consortium cannot find a commercial business case to justify funding and a technical solution acceptable to DfT, then such a project would inevitably queue for government funding behind Crossrail 2, delaying completion to around 2040 at best.

By contrast, our experience of other reopenings shows incremental approaches delivering new main lines. The fourth mainline between Edinburgh and Glasgow, the double track Airdrie-Bathgate line with fast and frequent electric services, started life as a reopened single track branch from Edinburgh to Bathgate with an hourly 2-car diesel train service. The success of Chiltern's incremental Evergreen phases is legendary.

Network Rail's 2008 Reinstatement Study for the Uckfield-Lewes link succeeded in proving the feasibility of reopening. It failed to prove the business case as its scope was too narrow to generate sufficient benefits; there was no meeting of minds between campaigners and key stakeholders. Since then political priorities and funding sources have changed; regional economic growth is now the top priority for stakeholders, and Local Enterprise Partnerships are a new source of transport project funding which could contribute to GRIP studies.

Railfuture appointed independent adviser JRC to assist with re-energising the interest of key stakeholders and mobilising their active support around a shared vision of regional economic growth in the Sussex coast and Weald, enabled by better travel links between communities and principal economic centres. Unlike the previous study's narrow focus on local benefits, our approach considers broader economic and transport needs in and around Sussex to generate sufficient benefits, and the buy-in of a range of stakeholders. The Jonathan Roberts report, Access and Connections: East Sussex, was instrumental in gaining stakeholder support and underpins the London and South Coast Rail Corridor study report.

The London and South Coast Rail Corridor study by WSP recommended a new approach, led by the LEP and local authorities, with three stages:
The outcome will be to define an initial scheme which will:
The simple initial solution can be funded because it is affordable, and can be delivered because it aligns with Network Rail planning and delivery processes. A business case meeting the combined needs can be made because it will enable economic growth, which is the political imperative across all levels of government. The reopening can be delivered within a decade, sooner than our aspiration for another cross-London link. More capacity can then be added incrementally over the next generation, in line with Network Rail plans for the Brighton Main Line.

A possible incremental approach to improving services on the Uckfield line and extending services to the South Coast might be: 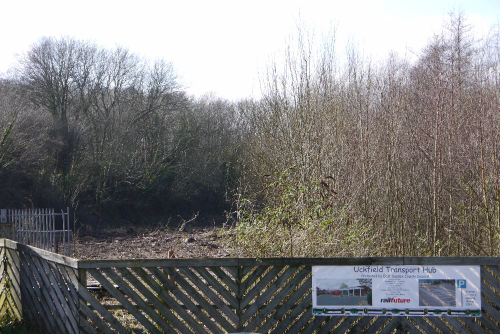 1. Improve access. Improving access to stations, for example by building the new Uckfield station car park, will attract more passengers to use the route in preference to others, relieving the Brighton Main Line and increasing the profile of the line with the rail industry, politicians and the public. The car park opened in 2015. Read our article A Platform for Growth.

2. LUCKy Lewes Horseshoe. Events at Dawlish in 2014 showed the need for alternative routes to provide network resilience. A simple loop at Lewes, following the A27 Lewes bypass and the Cockshut, could be completed in Control Period 6 (or sooner) to provide an alternative route between Brighton and Haywards Heath without reversing, which would have enabled a service to be maintained when Patcham Tunnel was flooded recently, and would enable direct services between Falmer and London. It would also avoid reversing of the Lewes - Brighton shuttle service at Lewes, which might improve stock utilisation, and would facilitate services via a reopened Uckfield – Lewes line to Brighton. The radius of curvature is similar to that of the new curve on the East London Line Extension at Shoreditch, which operates without disturbing local residents.

3. Reinstate Uckfield – Lewes. Railfuture agree that the constraints of flat line junctions and fast line platforms at the London end of the Brighton Main Line need to be addressed in Control Period 6 (2019-24), but we contend that Uckfield - Lewes reinstatement can be progressed in parallel, early in Control Period 6. This would give:
This simple proposal would not require any additional paths at East Croydon, could be progressed in advance of electrification, and would only require one additional 4-car diesel unit (offset by releasing the electric unit used on the Lewes shuttle). It would be achieved by extending the existing hourly Uckfield line service to/from Brighton, and extending the current peak service in the intermediate half-hours to/from Seaford (accelerating it by stopping only at the major stations). The diversionary capacity could be increased at times of disruption on the Brighton Main Line by using all the available diesel stock to operate a special timetable of 10-car limited stop trains shuttling between Oxted and Lewes.

6. Redouble. Clearing East Croydon and Clapham Junction bottlenecks and renewal of BML signalling scheduled by Network Rail for 2023 will allow 6 more BML trains per hour, 4 to Victoria and 2 to London Bridge. These London Bridge trains should run via a redoubled Uckfield line between London and the South Coast. Redoubling the Uckfield line (at the same time as resignalling in Control Period 7) would enable a more frequent service which would encourage more passengers to use the Uckfield line in preference to other routes. It would also give:
7. Thameslink 2. A significant proportion of the demand between East Croydon and London Bridge is passengers travelling between East Croydon and Docklands, who continue their journey beyond London Bridge via the Jubilee line. This is a symptom of the expansion of Central London eastwards, which is reflected by the latest version of the Central London tube map as displayed on tube trains. Network Rail predictions also indicate 400% traffic growth on the East London Line by 2043, mostly journeys originating in the London area. This cannot be met by development of the East London Line, so a new route is required. Providing a direct route between East Croydon and Docklands would reduce overall journey times, relieve congestion on both the London Bridge route and the Jubilee line, and create additional paths for both Brighton line and Uckfield line services. This link will need to be in service by 2043 to meet the predicted traffic demand without reducing the capacity per passenger as currently proposed.