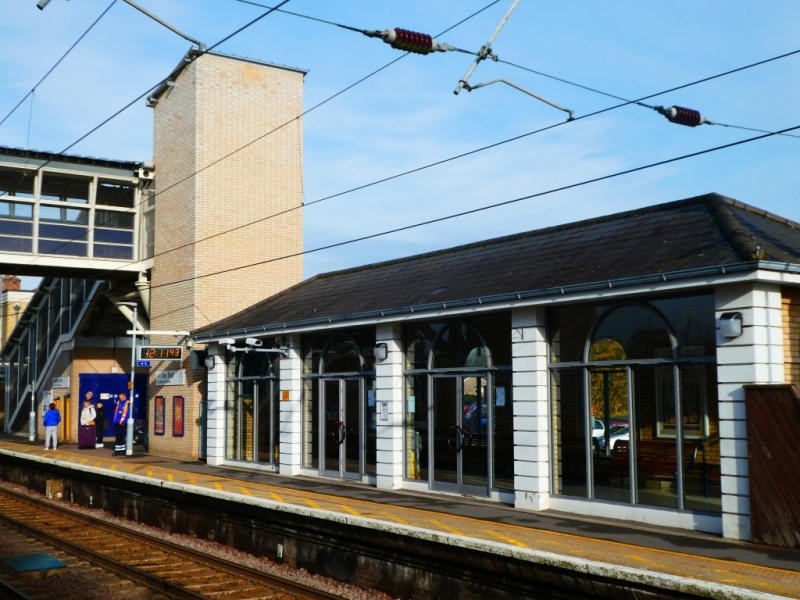 A Railfuture scheme to encourage further investment in making stations user friendly for all, initiated by our East Anglia branch. The new waiting room at Audley End station, our category 1 winner.

Rail journeys begin and end at a railway station. It is essential that stations are easy to use for the wide range of passengers. Railfuture East Anglia Branch have assessed the stations in our area. We were mindful of people with limited mobility, hidden disabilities and other travellers with young children or heavy luggage. If we can make stations work for these groups, then they will work better for all passengers.

Stations were reviewed on a wider range of factors than required by traditional rail industry standards, health and safety legislation or DDA compliance. We have been as concerned with features that create a welcoming ambience and a pleasant, easy to use station such as clear signage, all-weather cover and platform seating along the platform. A simple yes/no criterion was adopted to allow many members to carry out the surveys.

The range of facilities that can be expected will vary according to station size, so we have adopted the following categories to make for a fairer comparison between stations dealing with vastly different scale of passenger demand.
Members surveyed 100 of the 111 National Rail stations in East Anglia and produced a 20-page report available at East Anglia Easy Stations.

Each station included in the survey was awarded a grade (A to E). Some of the key findings are detailed below:

New screens are providing better information such as train loading and bus connections at some stations. Ticket office hours and local maps are also essential.

Most stations had seating, however recent platform extensions have often been devoid of extra seats or shelter, leading passengers to huddle under the station canopy.

Many stations had restrictions along platforms that do not allow two wheelchair users to pass.

Yellow lines indicating the platform edge is provided at most stations to help the visually impaired. Tactile paving has yet to be introduced at many stations.

Some stations had most of the desirable features we were looking for but did not win on this occasion because of specific concerns. For example, Cambridge has many good features but is overcrowded and needs a second entrance and footbridge.

Marks Tey has also seen investment, but does not have step free access between platforms. Regrettably a recent Access for All bid was unsuccessful, so the problem remains.

Cambridge North as a recently opened station could have been expected to be a winning station. However, the lack of all weather cover and the failure to open the shop, 18 months after opening, means that the station is a missed opportunity to set a high bar for other stations.

Category 1 - Audley End – a model of active travel and integrated rural transport hub, which has made good use of redundant station buildings to provide commuters and other travellers with other services.

Category 2 - Sandy and Kings Lynn. Sandy has excellent signage for PRM and has recently been enhanced by provision of a toilet on the station approach. Kings Lynn reflects the level of investment and facilities that its role and position in the town warrants.

Category 3 - Wickham Market scored highly because it met all the basic criteria but also benefits from a local café being run in a former station building. This enhanced the facilities available and made for a welcoming and easy to use station.

Having looked at many issues our recommendations for improvements are:
Railfuture East Anglia does not want the work to finish here. We plan to do a further survey in two years’ time to see what progress has been made. This is an era of rising expectations and any repeat of this exercise should reflect that by being even more explicit about the standards expected at each station.