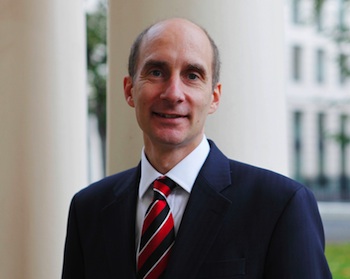 Lord Adonis, who has been a Railfuture Vice President since May 2012, took his seat in the House of Lords in May 2005, initially serving as the Parliamentary Under-Secretary of State for Schools and Learners in the Department for Education and Skills, calling for the creation of additional academies, specialist schools and trust schools.

After three years Lord Adonis moved to the Department for Transport as a Minister of State and was promoted Secretary of State for Transport in June 2009.  He served in that role until the change of government in May 2010.

Whilst Secretary of State he championed the High Speed 2 (HS2) scheme from London to Birmingham and the North, and he is now a non-executive board member of HS2 Ltd.

Between July 2010 and January 2012, Lord Adonis served as Director of the Institute for Government, an independent charity with cross-party and Whitehall governance working to improve government effectiveness.

In October 2015 he became the Chair of the National Infrastructure Commission, as an independent body able to advise government and parliament on priorities.

Prior to sitting in the House of Lords he worked in business, academia and the media, before joining the No.10 Policy Unit.  Throughout all this he has been recognised as Labour’s most innovative public service reformer.