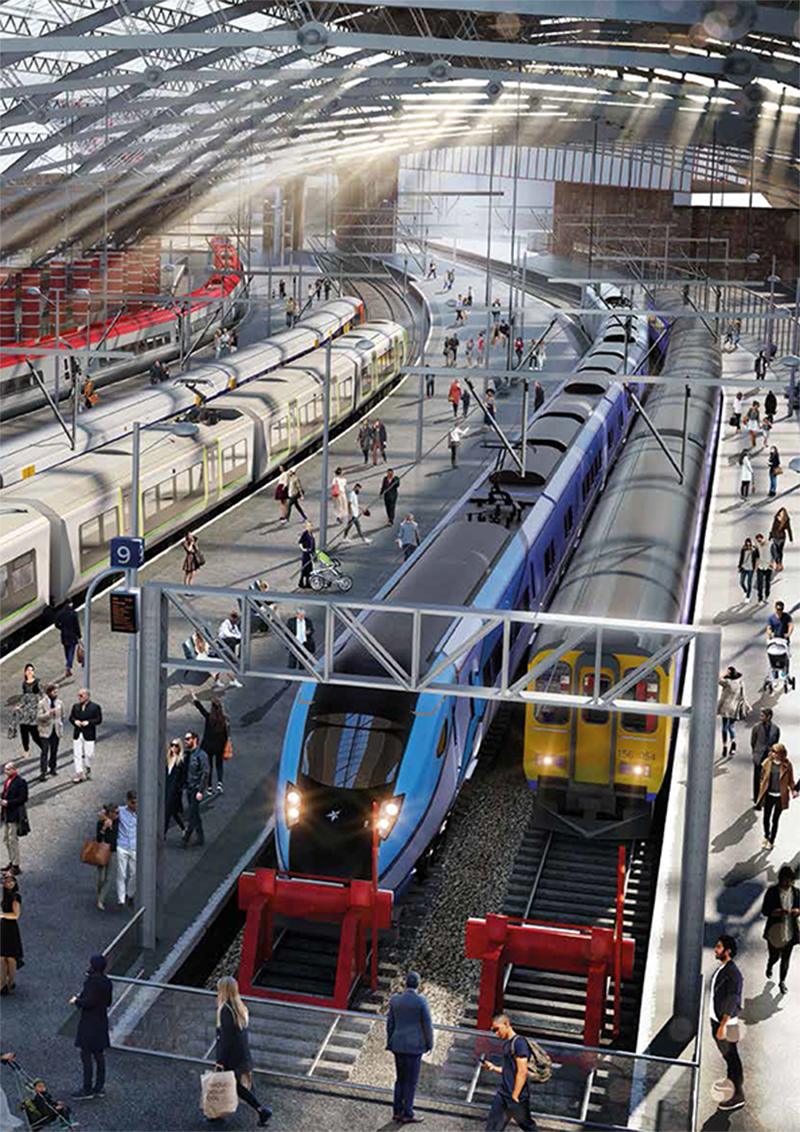 This picture is the image chosen by Transport for the North to illustrate its Long Term Rail Strategy. Is it fantasy or reality?


Railfuture Yorkshire is protesting that reopening the Woodhead rail route between Manchester and Sheffield is not being considered by Transport for the North in its long-term rail strategy.

The 84-page consultation strategy was launched on 16 January 2018 but does not even mention Woodhead, which would enable a 30-minute journey time from Sheffield to Manchester, and could also serve as a high speed Manchester-Leeds route

Woodhead should be a strong contender for the Northern Powerhouse Rail route, using one or both of the old railway tunnels, and was supported in the 2014 One North report.

The transport strategy should aim to reduce car use, rather than manage increase, by influencing planning decisions, providing high quality public transport and encouraging the use of alternative modes.

Andrew Oldfield, of the Huddersfield, Penistone & Sheffield Rail Users Association said reopening Woodhead is the only solution, because the tortuous Hope Valley route can never offer the improved links so badly needed.

“It would be disgraceful if some dodgy backroom deal to ignore the Woodhead route had been done,” he added. “The stakes are high.”

Reopening Woodhead would also be an opportunity for rail investment to drive economic regeneration of the long-neglected Upper Don Valley, with stations at Deepcar (change for Stocksbridge), Oughtibridge and Wadsley Bridge.

Railfuture Yorkshire’s Nina Smith said a delta junction at the eastern side would enable a high speed service between Leeds and Sheffield, with some Leeds services going on to Hull, York, Teesside and Newcastle.

In 2009, MP Angela Smith put a strong case for reopening the Woodhead route to business and regional development representatives. She indicated that there is political support at Westminster for this scheme, which has also been backed by the regional development organisation.

She now believes the choice of Sheffield Midland as the HS2 station (rather than Meadowhall) has led to the sacrifice of the Woodhead route.

The Woodhead route was included in a report issued the same year by the Association of Train Operating Companies recommending a number of lines and stations for reopening.

Yorkshire First called for the Woodhead line to be reopened in its 2015 Rail Manifesto.

Forty MPs were asked to oppose the sealing of the Victorian Woodhead tunnels in 2013 but only three responded!

The western third of the Woodhead line still remains electrified. A restored Woodhead route would provide an enormous boost.

In 2014, the Daily Mail recognised the value of Woodhead. It said: “Buried in a tunnel under the Pennines at Woodhead are the remains of what, in the post-war era, was the most modern trunk railway in Britain.

“Surely it was crazy that the newly electrified Manchester to Sheffield line through the three-mile Woodhead Tunnel, constructed at huge expense not many years before, was shut completely in 1981.

“Madder still, in the appalling weather this weekend motorists were trapped in the snow on the road over the Woodhead Pass while there was a perfectly good unused train tunnel beneath them – currently wasted in housing power cables for the National Grid.”

A reopened Woodhead would relieve traffic on the M1, M62 and the A628 roads.

Consultation closes on 17 April 2018. You can email your suggestions to engagement at transportforthenorth.com