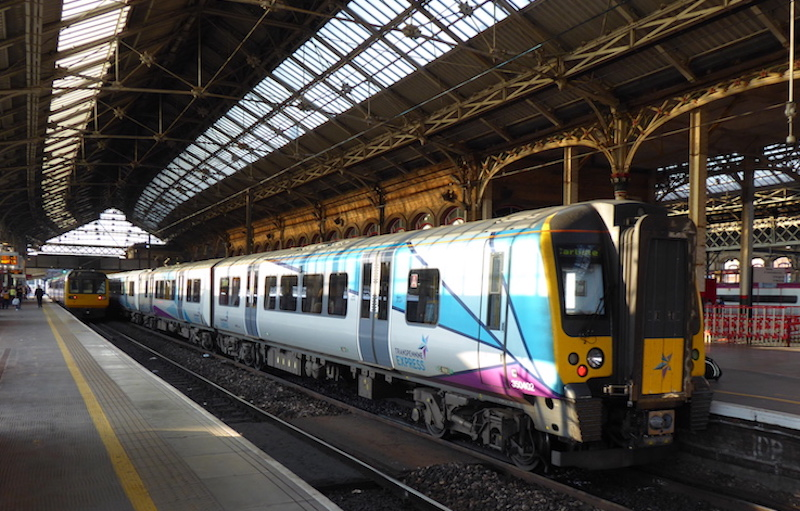 ANCIENT AND MODERN: A modern TransPennine train at Preston on a Manchester-Glasgow service in June 2018 with a “Nodding Donkey” Pacer train, left, on a local service
Boosting rail services and expanding the rail network is the only viable option for British towns and cities to improve their economies and the environment and to build enough new homes.

That is the conclusion of the Urban Transport Group, the organisation which represents large transport authorities.

The group’s report, Rail Cities UK – Our vision for their future, was launched this week (20 June 2018) at a parliamentary reception, attended by Lilian Greenwood MP, chair of the House of Commons transport select committee.

Urban rail has been one of the big transport success stories of recent times with patronage levels soaring, says the report.

Over the past decade, rail journeys have increased by 184% at St Helens Central station, 149% at Birmingham New Street, and 96% at Bradford Interchange.

However current investment falls short of what is needed for cities to meet their wider economic, environmental and social goals.

The report calls for a five-point plan:

2. Tram-trains which can switch from rail lines to run on roads into city centres.

3. Integration of trains and buses to provide access to new homes and business centres.

4. Stations to become hubs for business, housing and community groups.

5. Interconnected rail networks to match those of city regions in Germany.

“Only by expanding rail networks will we be able to unlock more opportunities for housing development,” said Ben Still, managing director at West Yorkshire Combined Authority.

“Rail is absolutely vital for creating city regions which are economically dynamic, green and sustainable, meet housing needs, and are ultimately exciting and rewarding places for people to live, work and spend time in.

“This will require consistent long-term funding and for the rail industry to up its game in delivering the projects we need on time and on budget.”

The Government needs to introduce a new appraisal method and decision-making process that recognises the benefits of urban rail investment.

It should also plan for long-term rail expansion on a national basis, as well as encouraging devolution to improve local public transport services.

“The Government should recognise the reality and benefits of a devolving railway by giving more powers over stations where authorities have the ambition and capacity to take on such powers,” said Jonathan Bray, director of the Urban Transport Group.