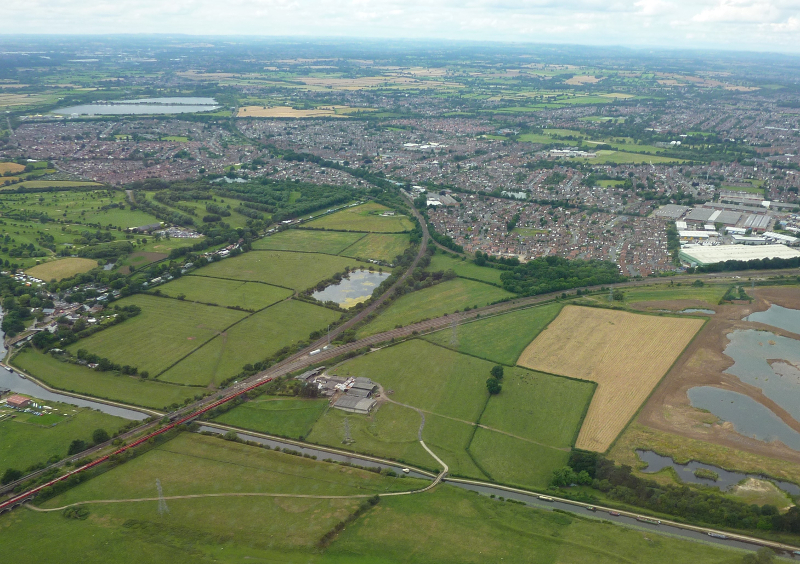 Trent Junction: the heart of the East Midlands rail network


The East Midlands Branch open meeting is on Saturday 21st May 2022 from 14:30 at East Midlands Parkway station in the First Class lounge. Everyone welcome.

A new programme of other Branch events will be posted here soon.

If you would like a copy of the Agenda for, or the Minutes of, any particular meeting, please request it from the Branch Secretary, eastmidlands at railfuture.org.uk.

Railfuture's national campaign to put passengers first, where every journey matters, is looking at what makes a station easy to use. East Midlands and Lincolnshire Branches are asking their members and the public to provide feedback on the stations they use most often.

Railfuture has produced a two-page checklist for you to complete when you visit a station. We will assess where stations are "easy" to use based on feedback from this survey. This could be a great excuse to get out and about after the pandemic! View or download the checklist from one of these links. It asks for submission by 31st August, but this deadline has now been suspended to allow more stations to be covered.

From time to time, our Branch Secretary puts together a compilation of news and other items of interest, plus things which members can do to help the Railfuture effort. View or download the latest East Midlands Branch Update from one of these links.

We take our role as champions of our region's railways very seriously! They are important not only to local people but to the whole nation; many train journeys between other regions pass through the East Midlands. However, as a small group of volunteers with access to limited funds, we have to 'work smart'. We therefore aim to deploy ourselves where we can contribute optimally to the cause, while holding a candle for other potential rail developments. The reopening of many lines closed on the recommendation of Dr Beeching, plus many enhancements to the current network, have been desired by local communities for decades. But the stars rise and set on such aspirations with the political and economic landscape. We aim to observe when the stars are rising, and to use Railfuture's accumulated knowledge and experience to help bring about real, lasting developments. Indications that the stars are indeed rising are the formation of grass-roots groups to campaign for particular rail developments, and the preparation by local authorities of development plans with an emphasis on reducing their carbon footprint, or with the need to allocate large areas of land for housing and employment without creating excessive traffic problems. Local people self-organising may not know of the benefits they could reap by affiliating to Railfuture; local government officers employed today do not remember the 1950s, nor do an increasing majority of elected members. To assist us, we have compiled, in association with Railfuture Lincolnshire Branch, a comprehensive document entitled Strategy for Rail, listing all the rail developments sought in the East Midlands region. This document is continuously being updated; if you think it might be helpful to you, please request a copy of the current version from the Branch Secretary: eastmidlands at railfuture.org.uk.

We always need new active members; if you are currently a sleeping member, or not yet a member at all, please consider becoming one! We aim to facilitate any contribution each individual active member wants to offer; on principle we only ask for more in exceptional circumstances and certainly do not send people on guilt trips for setting boundaries to their own involvement. We have a Committee comprising a Chair, Vice Chair, Secretary and Treasurer, who commit themselves to the duties expected of these roles, plus a circle of other elected Committee Members, who may take on other particular roles, with media for example. Regarding specific rail issues, we have a Portfolio System. Any individual active member may, with the approval of the Committee, become a Portfolio Holder, and thereby become empowered to campaign in the name of Railfuture on that issue.

The best way to decide whether you want to work with us is to come along to one of our regular Open Branch Meetings (see list above). Whatever your age, gender, background or personal quirks, you will be welcome; the railways are, or should be, for everyone! As well as discussing the ongoing business of the Branch, we often have special guests, most typically from the rail industry; you will get an opportunity to meet these people in an informal setting and give them your views. We consider building relationships to be the most important part of rail campaigning: with all elements of the rail industry, with politicians and their officials both local and national, with other groups campaigning for similar ends. Second, we put considerable effort into compiling responses to formal consultations, as contributions to a national Railfuture response where the consultation is of a national nature, although we always aim and prefer to advise the authors of such documents at an earlier stage; this saves everybody time and effort!

Railfuture's greatest strength is its national nature; as an organisation, we can see the big picture. In order for this to mean anything on the ground, Railfuture's Branches need to work together on issues of shared interest, for example an inter-regional line or service. For East Midlands Branch, due to the central nature of our region, working with other Branches is of particular importance. Active East Midlands Branch members who are additionally prepared to attend meetings of other Branches or Railfuture national events are highly valued. Our use of Railfuture's national brand brings with it a responsibility to be ambassadors for Railfuture and advocates for rail among the general public. We take a publicity stall to suitable events, and can offer speakers to other organisations. These activities offer roles to active members who feel more comfortable in such environments than with rail professionals or officialdom. If, however, you really feel you would prefer to focus on rail campaigning at a more local level, we hope you will still join Railfuture, if not already a member, but suggest you become actively involved instead with one of the groups listed below. Or start your own!

Friends of Beeston Station are on Facebook.
Friends of the Derwent Valley Line, the current branch line between Derby and Matlock.
Harborough Rail Users
Friends of Hinckley Station
Campaign to Reopen the Ivanhoe Line (CRIL) (between Leicester and Burton-upon-Trent)
Kettering Rail Users: contact through us if necessary.
Manchester and East Midlands Rail Action Partnership (MEMRAP), campaigning to reopen the Peaks and Dales Line between Matlock and Buxton.
Friends of Narborough Station

Once upon a time, Railfuture distanced itself from heritage railways. Active Railfuture members tended to think of them at best as a harmless hobby to keep quiet about in Railfuture circles, at worst as a malign force, promoting an image of railways as a feature of the past and thereby obscuring their potential for the future. That has changed fundamentally. Now that reversing the Beeching cuts is all the rage, we can see many of these lost lines operating, at least in part, as preserved steam railways. We can see challenges ahead as the forces to reclaim them as national infrastructure collide with those to maintain them as an historical record. And we want to be in a positon to offer all the help we can in the interests of reconciling these forces optimally. We also recognise the valuable role heritage railways play in the education in railway operations of a generation (often referred to as 'Generation X') which grew up being taken everywhere by car, and as a recruiting ground for the national rail industry. These are the heritage railways in the East Midlands: