Amber Rudd, MP for Hastings and Rye, introduced the second Hastings Rail Summit on 30th January to continue the momentum toward a high speed service for Hastings.

The concept of High Speed Hastings was launched at the first Hastings Rail Summit in 2014, when Transport Secretary Patrick McLoughlin asked Network Rail to look at electrification for Marshlink. The study of the technical feasibility has now been completed in draft by Network Rail, whilst the review of the economic benefits has also been drafted by the stakeholders including Hastings, Rother and East Sussex councils, and both were expected to be published in April.

Richard Howkins of Network Rail explained that the work required to enable the service includes electrification between Ore and Ashford, removal of speed restrictions, extending the passing loop at Rye, and remodelling of the western junctions at Ashford. To ensure that the cost is affordable and the business case stands up, no more work will be done than is necessary; this will not be a high-speed line, and the line does not need to be redoubled throughout. However the level crossings with the A259 at East Guldeford may be removed.

Jeremy Birch, Labour Leader of Hastings Borough Council, and Huw Merriman, the Conservative parliamentary candidate for Bexhill and Battle, emphasised that the economic benefits, focussed on the regeneration of Hastings and Bexhill and driven by improved transport, are key to the business case. Stephen Lloyd, the MP for Eastbourne, requested that extension of the service to Eastbourne be considered in the business case.

Rail Minister Claire Perry reaffirmed the commitment to progress this development, with implementation expected between 2019 and 2024. 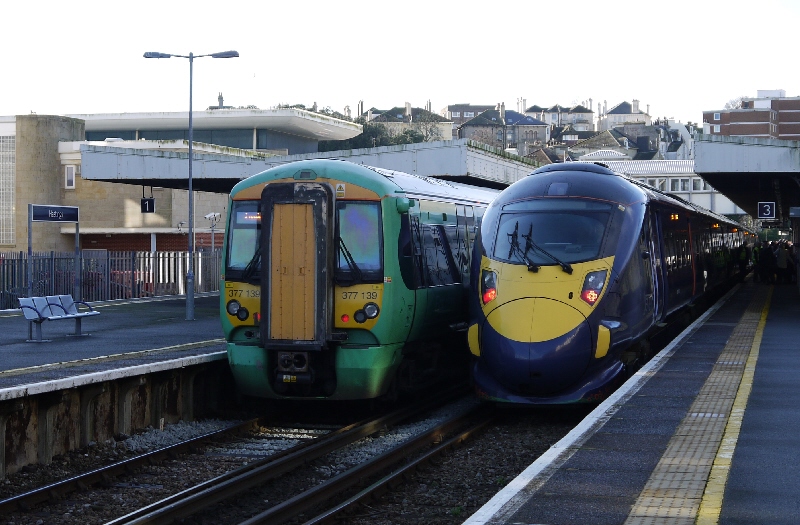