After a long hard campaign by Railfuture and affiliated groups, the government has stumped up the extra £32m needed to reopen the railway line to Portishead. New Portishead station as proposed in 2015. Image by North Somerset Council.

The announcement on 8 April 2019 that the Government will commit £31.9m to cover the shortfall in finance for MetroWest Phase 1 means that all funding for the much delayed scheme, which includes reopening the Portishead line, has been secured.

For many years Railfuture, Portishead Railway Group and Friends of Suburban Bristol Railways have campaigned for passenger services to be restored on the Bristol- Portishead line, which closed to passengers in 1964 but is used by freight trains serving Portbury Dock. The current plans to reopen the line are part of Phase 1 of MetroWest, which aims to expand the rail network in the Greater Bristol rail area.

In 1964 Portishead had around 8,000 inhabitants and its main road towards Bristol, the A369, was much less busy than now. By 2018 the town’s population was estimated to be 22,000, with an increase to 30,000 expected as a result of new housing planned as part of the West of England Spatial Strategy. The A369 is slow and winding, with little scope for improvement. Buses alone cannot offer a realistic alternative to car travel in this corridor because they travel on the same congested roads.

Although reopening the railway might seem a no-brainer, it has faced many procedural and financial challenges. £58.3m had been secured by 2016 to pay for Phase 1 but in March 2017, Network Rail announced that cost estimates had risen to between £145m and £175m. The increase was said to be largely due to the work required in the environmentally sensitive Avon Gorge to accommodate a half-hourly, 50 mph passenger service in addition to existing freight trains.

Nevertheless North Somerset Council and the West of England Combined Authority remained committed to delivering MetroWest. There was a consensus among rail campaigners that a more pragmatic approach was essential. Was it really necessary to have a half-hourly, 50 mph service on the Portishead line from Day One? Alan Matthews, Chairman of Portishead Railway Group, commented that a 30 mph railway was better than no railway. This would in any case be faster than cars or buses on the A369, particularly in the peak hours. 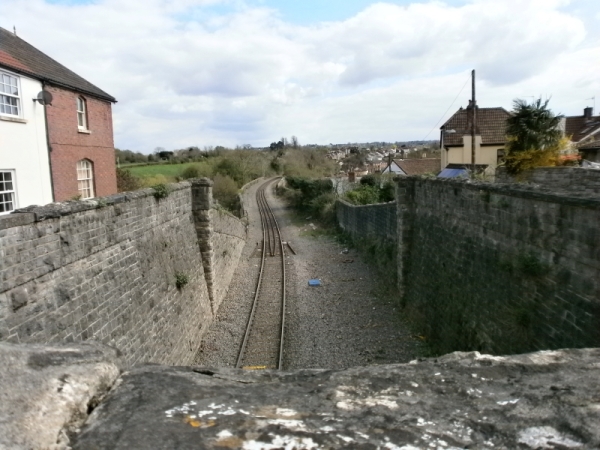 Site of the intermediate station at Pill, where an additional track will be provided to segregate passenger and freight trains. This will be achieved by moving the junction of the Portbury Dock and Portishead lines to east of Pill station.


A week after receiving the bad news from Network Rail, the West of England Joint Transport Board proposed a staged approach to MetroWest Phase 1. Stage A would provide half-hourly stopping services at Keynsham, Oldfield Park and on the Severn Beach line (hourly north of Avonmouth). Stage B would introduce an hourly service on the Portishead line with a half-hourly frequency in the peak. Stage C would implement the half-hourly Portishead service as originally planned.

By reducing the scale of engineering work on the Portishead line and retaining the existing level crossing at Ashton Vale Road, a revised estimate of £116.4m was produced by the end of 2017. A hopeful sign in November of that year was specific mention of Portishead in the DfT’s Strategic Vision for Rail which listed a number of lines closed in the 1960s which might reopen. Nearly £70m had now been secured for MetroWest Phase 1, leaving a funding gap of over £46m.

Two decisions made by North Somerset Council in recent months have reduced this gap and possibly prevented further delay to the project. In November 2018 it allocated an additional £1.4m to complete the documentation required for the submission of a Development Consent Order (DCO) application to the Government. The DCO has to be approved, following a public inquiry, before construction of the infrastructure can begin. In February 2019 it agreed to spend up to £15m of regional funding from the Economic Development Fund.

This reduced the shortfall to £31.9m. The Government has now decided to contribute this amount so that the scheme can proceed. The timescales for delivering it still depend on completion of the DCO process but the project has now cleared its most difficult hurdle.