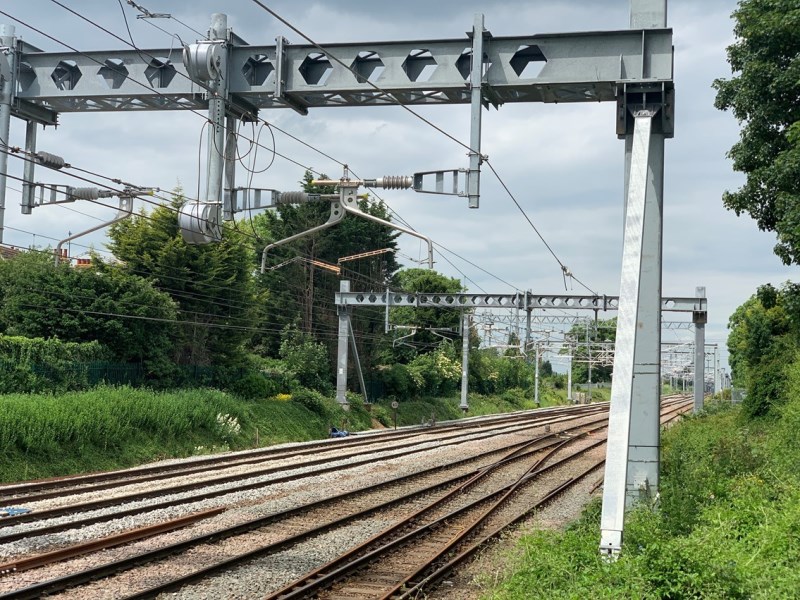 Thirteen programmes, with an emphasis on electrification, which Network Rail would progress urgently as part of the Project Speed initiative announced by the Prime Minister on 30 June 2020, have been revealed in the specialist rail media. Midland Main Line Upgrade. Image by Network Rail.

Project Speed is part of the government’s strategy to rebuild Britain and fuel economic recovery by accelerating investing in core infrastructure across all sectors, including health, education, town centres, energy, flood defences, waste, roads – and rail. It will be led by the Treasury, with the aim of cutting the delivery time and cost of projects.

The thirteen programmes reportedly include three major electrification schemes: the Trans-Pennine route upgrade, Midland Main Line electrification to Sheffield, and electrification of the Uckfield branch. In Railfuture's view, it is important that these programmes are approved before the electrification projects currently in progress finish, so that the skills and experience built up are not lost and the rolling programme of electrification for which we are campaigning can be created. A task for the Department for Transport’s Acceleration Unit led by Darren Shirley should be to ensure that sufficient grid capacity is available where it is needed – this may mean changing the planned 5 year National Grid capital investment programme which is currently with OFGEM for approval. Lack of available grid feeds would have prevented the full Midland Main Line electrification scheme being delivered on time if it had not been cancelled by the then Transport Secretary in 2017.

Electrification of the Trans-Pennine route is Railfuture’s electrification priority with an established business case, and confirmation of funding for the next phase of work. It is necessary to enable shorter journey times and increased capacity between Leeds and Manchester. The Midland Main Line electrification has a strong business case, electrification between Clay Cross and Sheffield will be needed for HS2 services, and electric trains will be cheaper to operate and less polluting than the bimodes which will be delivered in 2022. Railfuture has been campaigning to electrify the ‘diesel island’ of the Uckfield branch since 2014; the need for 10 coach trains during the peak makes battery operation less feasible, and a sensible choice would be to extend the third rail electrification from Hurst Green.

The thirteen programmes are also said to include two successful bids for the Restoring Your Railway Fund for which Railfuture has been campaigning – restoring regular passenger services to the Ashington Blyth and Tyne line to Newcastle, which will reconnect 100,000 people to work, education and a social life, and to the line between Okehampton (with a new parkway station to support railheading from a large area of West Devon and North Cornwall without a rail service) and Exeter, which is a Great Western Railway franchise commitment. Restoring passenger services between Cowley and Oxford, part of the Oxford Connect programme, is also expected to be submitted to the third round of the Ideas Fund in November 2020.

The first six programmes are reported to have completed their first ‘sprint’ through a series of challenge panels and peer reviews. The following seven programmes are expected to conduct a similar sprint by the end of September to identify a series of initiatives that can be implemented. The list of potential programmes is:

Project Speed is understood to be at an early stage and there is no guarantee that these programmes will be progressed. The thirteen programmes have not all been confirmed and we expect that a formal announcement will be made by Network Rail or the Department for Transport in due course.

A New Deal for Britain – Government announcement including Project Speed.

Modern Railways articles:
- round 1
- round 2