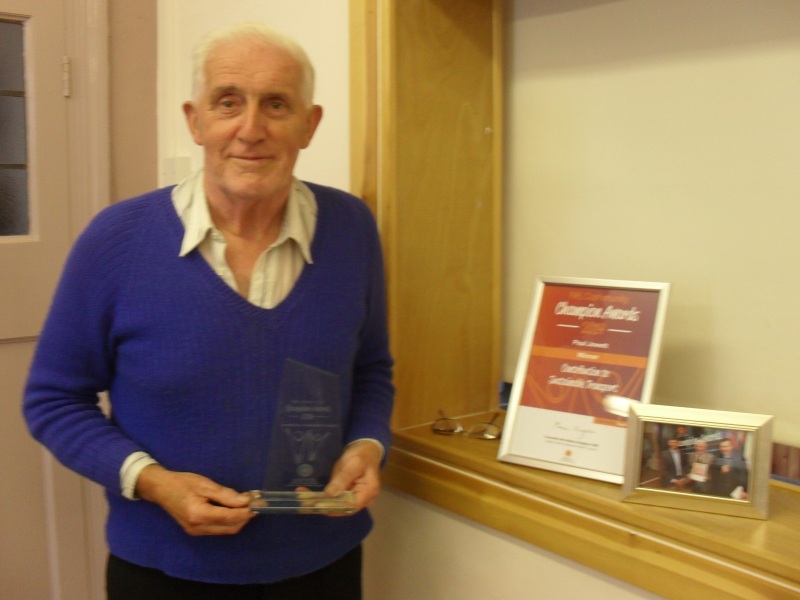 A tribute by David Harby, Chairman of Railfuture Lincolnshire branch


It is my sad duty to report the loss of another very long standing Railfuture member. After a period of illness Paul Jowett passed away in hospital on 30th March 2019.

For the last two years during his period of illness Paul had almost withdrawn from active transport campaigning but before that he had for many years been a valuable member of our branch committee. His knowledge of Lincolnshire public transport, both current and historic could best be described as encyclopaedic.

I first met Paul in the late 1980’s when I found him to be hard working and exceptionally diligent in his campaigning. By then he had been campaigning formany years and having been a founder member of SELTA (South East Lincolnshire Travellers’ Association) and serving as their first Chairman from November 1976.

When Lincolnshire branch started to produce our own newsletter in 1991 Paul answered the call for volunteers and edited Rail Lincs from edition 2 in January 1992 until Phil Mason took over the combined role of editor and printer in September1997. I typed the first few pre computer newsletters and can still visualise the handwritten copy that came from Paul. Like everything he did it was very precise and accurate.

When the branch started to have our regular stall at the Grantham Rail Show Paul was always one of the first to volunteer to help which he did almost every year.

Away from Railfuture Paul for many years distributed timetables to a long list to outlets in the Sleaford area and was a very vocal critic of the trend away from printing timetables towards just having everything available on the internet. He was also diligent Station Adoptor for Ruskington and Rauceby stations.

His personality and contribution to his local community is summed up in this contribution from the Partnership Manager and the Chairman of the Transport and Accessibility Group (formerly the Better Transport Group) at North Kesteven District Council.

“Paul was a passionate advocate of the improvement and use of railway services. He was a regular contributor to the District Council’s Transport and Accessibility Group and was hugely informative and supportive when the group were bidding for additional and increased routes around the NKDC area, and the county as a whole. His knowledge was second to none and the team will miss him very much.

Paul was a lovely man who always had a smile on his face and would chat to us all about all manner of things. He was a true gentleman who was equally happy toshare his knowledge, or listen to others and offer words of advice. Paul thought nothing of giving up his spare time in order to benefit others.

Having been part of the group for many years, Paul was very much classed as a friend as well as a member of the team, and we were all very sad to hear that he had passed away.”

Paul’s long standing contribution to sustainable transport was recognised in 2014 when Paul was presented with a "Community Champion" Award by NKDC.

Paul’s many friends said goodbye to him at a funeral service in his home village of Leasingham on 15th May.