STORM (Support The Oldham - Rochdale - Manchester line) has previously drawn attention to the fact that Rochdale has the highest peak return rail fare into its nearest city than anywhere else outside the London area and the South east. It is particularly expensive compared with the fares from Bolton and Wigan, two other large towns in Greater Manchester. The fare increase for the Rochdale fare in 2015 was 2.7%, Bolton 4.9% and Wigan 4.5%. But this still leaves the Bolton fare over 20% less expensive and the Wigan fare 46% cheaper, based on pence per mile of journey.

The table below shows great variations. Apart from Wigan. the Greater Manchester area has high fares, as does West Yorkshire, but the non-PTE areas such as Nottingham, Cardiff and, in most instances, Bristol are significantly cheaper. The cheapest PTE areas seem to be West Midlands and Tyne and Wear. 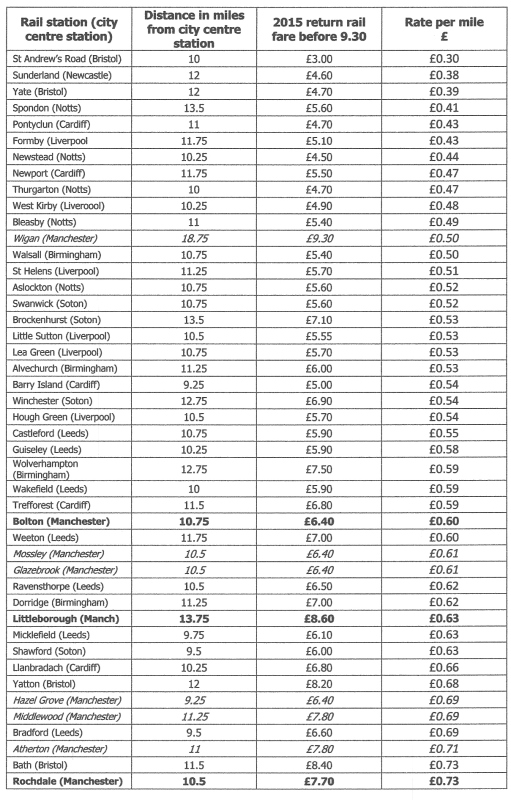