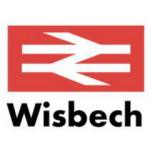 Steve Barclay MP has organised a summit on March 11th with an impressive lineup of stakeholders to drive the Wisbech reopening project forward.

The Wisbech Rail Reopening Campaign sees this opportunity to focus ideas, effort and plans as a very significant step towards the reopening. Steve Barclay described the background:

“Key to the regeneration of Wisbech is reconnecting the town to the rail network. This is also important to the County as a whole, not least as the economic growth in Cambridge risks being constrained by a shortage of housing, which Fenland can help address provided the transport infrastructure is put in place.

As part of my campaign to secure a Wisbech line, I have arranged a rail summit in the House of Commons on Tuesday 11th March, which Transport Minister Stephen Hammond MP has kindly agreed to attend.

I am delighted that all the key stakeholders invited have confirmed they will take part. These include, along with the Minister, Network Rail, Atkins Rail Consultancy, the Chief Executive of the Local Enterprise Partnership Graham Nix, Leader of Cambridgeshire County Councillor Cllr Martin Curtis, lead County Council transport official Graham Hughes, Leader of Fenland District Council Councillor Cllr Alan Melton, Jonathan Denby of train operator Greater Anglia, and other rail experts including Stephen Joseph OBE of the Campaign for Better Transport and Chris Austin OBE of the Railfuture campaign group who was the author of the 2009 Connecting Communities report from ATOC.

This builds on a series of meetings in Parliament and locally to promote the case for the long overdue station at Wisbech. I met with the Secretary of State for Transport Patrick McLoughlin on 19th January, the Chief Executive of the Local Enterprise Partnership Graham Nix on 14th February, have scheduled a telephone conference call on 3rd March with Steve Knight, Infrastructure Director of Network Rail, and am meeting the Secretary of State’s special adviser on 4th March.”

Railfuture, which is leading the Wisbech Rail Reopening Campaign, welcomes this summit which will bring stakeholders together to form the partnership which is essential for any rail development proposal to succeed.