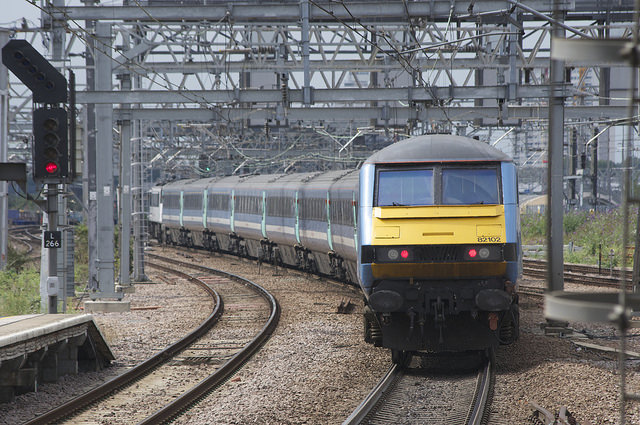 Railfuture welcomes the reference in the Chancellor's Autumn Statement to the long overdue upgrade to services on the Great Eastern Main Line (GEML), dubbed the ‘heritage line’ due to its 40 year old rolling stock!

The New Anglia Local Enterprise Partnership (NALEP) has led a long campaign under the ‘Norwich in 90’ banner.

This headline aspiration, however, is still a long way off and depends on undertaking the perfect blend of measures on a line already operating at capacity. Stakeholder consultations are underway for both the new Greater Anglia franchise (from 2016) and Network Rail’s Anglia Route Study (informing its programme from 2019-2024). It is crucial that the DfT ‘gets it right’ in both cases.

On the franchise, Railfuture will want to see new rolling stock to inter-city (2+2 seating) standard with catering and free Wi-Fi throughout the train (we cannot allow a repeat of the class 700 fiasco!) We will also demand more and newer trains on connecting branch services, many of which are overcrowded as a result of rising demand. Whilst the premium expected from the franchise is being reduced to allow the successful bidder enough financial freedom to invest in rolling stock, this must also compensate for the over-bidding for the current short franchise, which impacted maintenance and so contributed to poor performance, and for the transfer of the income-generating West Anglia inner and GE metro services to TFL and Crossrail.

In the next control period, Railfuture will want Network Rail to provide:
Railfuture has submitted a full list of improvements to the DfT covering all services included in the Anglia Franchise and will be submitting evidence to the Anglia Route study in the coming weeks.

The vision for railways in the region is described in “Once in a generation – a Rail Prospectus for East Anglia” which is currently being updated.