This is the first new station in Devon for 20 years (apart from Sampford Courtney on the Dartmoor Railway which has a somewhat limited service!) It is the first of four new stations for the county which will be opened over the next two to three years. It serves a new housing development on the site of a former MoD depot (which was rail connected in times past). It is close to the Exeter Chiefs rugby ground at Sandy Park and further housing development in the area is expected to mean that demand at the station will be brisk. An Ikea store is planned near the station.

The new station is a key element of the Devon Metro concept, part of Devon County Council's public transport strategy. Funding from the then government's New Stations Fund was announced in 2013 and confirmed by Secretary of State for Transport in a press release. Opening was scheduled for December 2014 but construction was delayed. 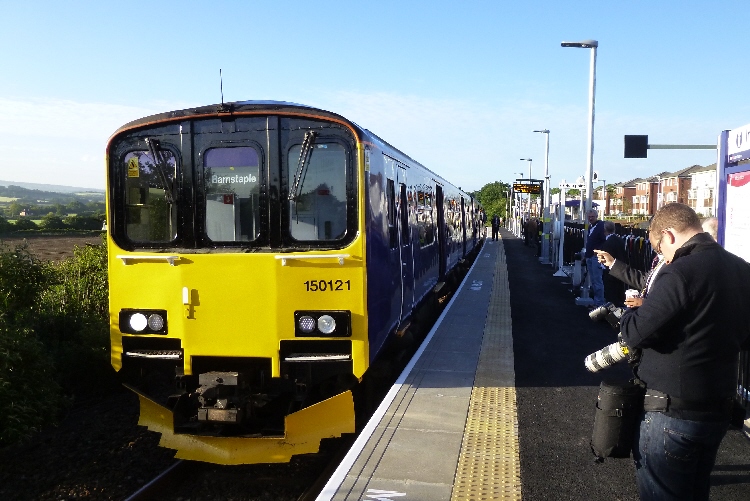 The second photograph shows the first up train, which will get you to London by 09.00 in just two and a half hours. A formal opening is expected in a few weeks time, but in the interim, Newcourt is open for business.