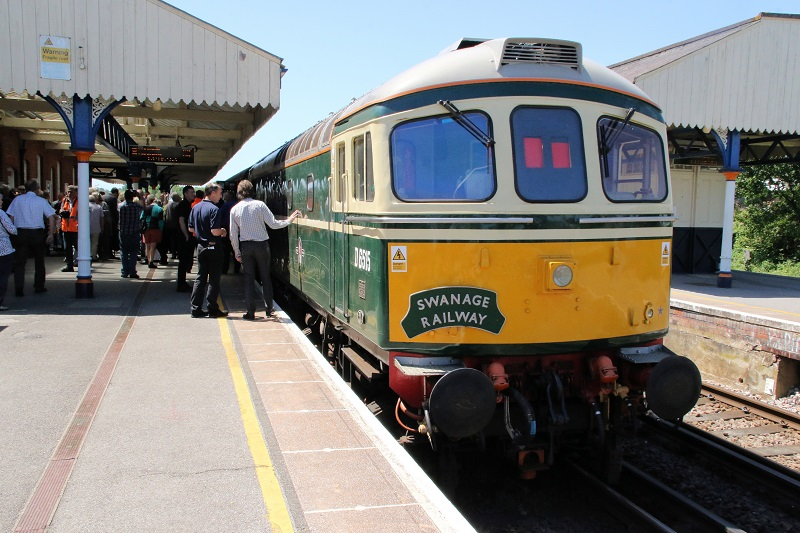 The Swanage Railway is linked to the national rail network again after a gap of 45 years. The popular Dorset heritage line is running trains on 60 days this year to and from the national network at Wareham on the South West Trains route between London Waterloo, Bournemouth and Weymouth.

Four trains a day each way will run each week until 3 September, on Tuesdays, Wednesdays, Thursdays, Saturdays and Sundays. In 2018, the trains will run for 90 days during the summer.

Swanage rejoins the network. The scrolling display at Wareham shows the first public through train from the national network to the Dorset town in 45 years - photo Peter Milford.

The line was closed by BR in 1972 and most of the line pulled up. Over the last 40 years, volunteers have worked to put back the track and rebuild the stations, and for 20 years, plans to reconnect to the main line have slowly but steadily pushed forward.

Many heritage lines now have interchange stations with the national rail network, but only two have regular scheduled through trains, the North York Moors Railway from Pickering to Whitby and the Swanage Railway from Swanage to Wareham. The Swanage scheme marks a new stage in development as it is the first example for many years of a heritage railway running onto an electrified main line on a regular basis.

This is quite a milestone for the Swanage Railway and the seaside town, but also in terms of the national network. It is a valuable link to the national network, and may expand in the future. This link is one of those listed by Railfuture for restoration - please try it out during this experimental period.