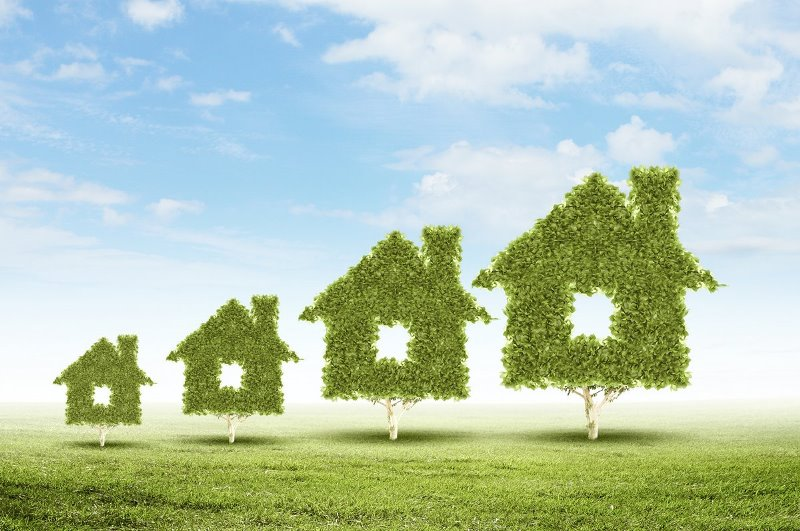 Transport for the South East (TfSE) has recently published its draft transport strategy to achieve sustainable growth in the region. Railfuture invites your comments on how this objective should be achieved. Image by Sherlock Holmes Lending Solutions - Dollar Photo Club.

Transport for the South East is an emerging sub-national transport body representing local authorities across the South East, which is seeking statutory status so that it can take responsibility for the organisation and enhancement of transport across the region, from Berkshire and Hampshire around London to Kent.

The outcome desired is sustainable growth, which the strategy aims to deliver by investing in attractive public transport and developing land use policies which reduce the need to travel – ie planning for people and places rather than for vehicles. This aims to double the number of rail journeys in 30 years, whilst avoiding any large increase in car journeys.

An economic connectivity review has already identified the corridors which support key journey needs. The next step will be Area Studies covering these corridors to identify the opportunities.

Railfuture considers that the potential for new journey opportunities by rail exists in the following corridors in particular:
Railfuture has identified two further corridors that do not currently exist:
By creating new journey opportunities these developments would encourage people to change from road to rail, and so achieve the strategy objective of sustainable growth.

Please review the strategy and the consultation questions, and let us know what you would like Railfuture to say in its consultation response by emailing bridgethegap at railfuture.org.uk.

You can of course make your own individual response to the consultation, but please do not mention Railfuture in your response.