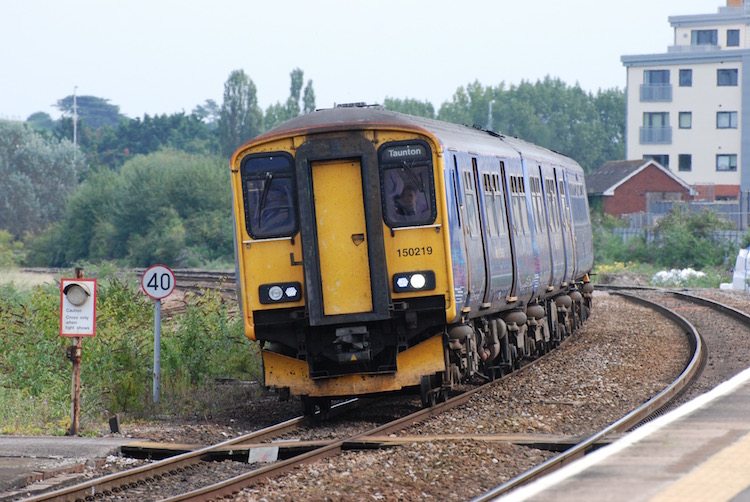 A train from Cardiff arriving at Taunton Picture by Philip Bisatt
Train operator Great Western, the West Somerset preserved steam railway and local authorities are being urged to work together to find ways to extend some Cardiff-Taunton trains from the national network to Minehead on the preserved line.

For many years, local people have been calling for the reintroduction of train services between Taunton and Minehead. Now the Minehead Chamber of Commerce has responded by forming a pressure group to encourage all parties to get together to reinstate services to Minehead, calling at Bishops Lydeard, Williton, Watchet and Washford.

Called Minehead Rail Link Group and affiliated to Railfuture, the new society has pulled together a formidable group of local people including councillors, business people and local rail supporters who are working together with the aim of seeing their dream of linking Minehead to the outside world, become a reality.

"Many people do not realise that we have a fully serviceable line between Minehead and Taunton with trackwork, signalling and stations maintained to the same high standards as Network Rail," said Alex de Mendoza.

"It is ridiculous in this age of worsening traffic jams and increasing awareness of green issues that the section of line linking Bishops Lydeard to the main line is used only for special excursion trips and occasional freight traffic."

The group accepts that at present it would be impractical to extend Minehead-Bishops Lydeard steam trains into Taunton, but believe some of the Great Western Railway's hourly Cardiff-Taunton services could be extended on to the preserved line.

Information from david.latimer at btinternet.com