Brian, who passed away in February 2015, was a former Lincolnshire branch chairman who had spent a lifetime campaigning for better public transport in all forms. After a career as a teacher Brian took early retirement then went to work in the rail industry and used his comprehensive knowledge of fares, ticketing and the rail network to run a booking office.

The formal unveiling was done by Peter Myers, Client and Stakeholder Manager Northern Rail, who had known Brian for many years and and was a former colleague. It was watched by many of his Railfuture Lincolnshire branch colleagues and friends from Crowle where Brian was a long standing councillor and former Mayor. 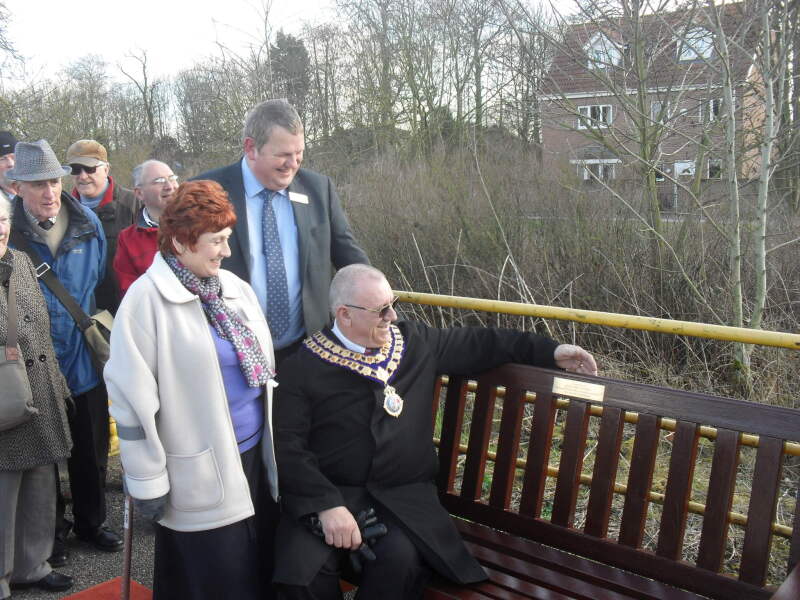 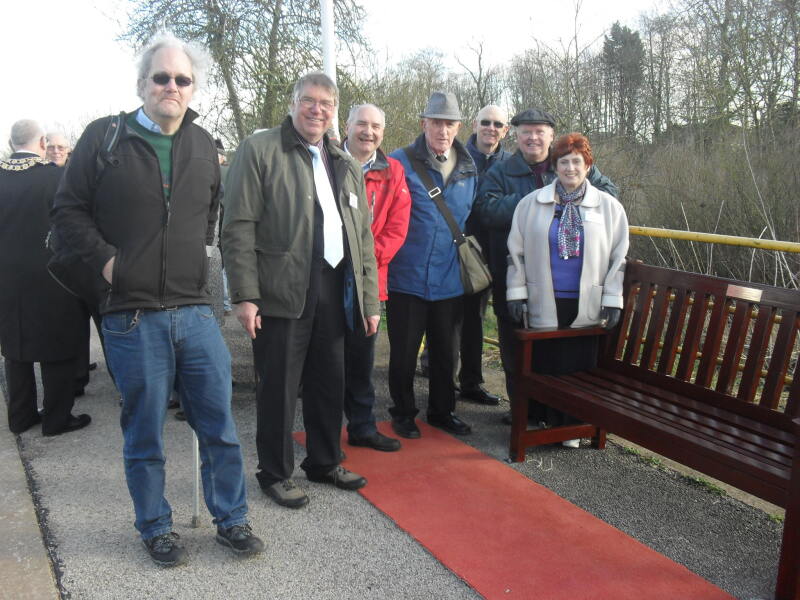 Lincolnshire branch members and the bench.