Railfuture has campaigned for decades for a bigger and better railway and it is something that Britain is getting, thanks to much investment, but at too slow a pace. Sadly the railway is often made ‘better’ for the people running the railway (to hit punctuality and safety targets, run more and longer trains to reduce overcrowding levels) ignoring the things that matter to passengers but are not measured in railway industry statistics and therefore not part of the standards.

Few new stations have adequate seating, toilets, refreshment kiosks or protection from the weather. Railfuture director Jerry Alderson found that Carlisle station, which serves a mere two million passengers a year, has much to learn from. Is this because Carlisle has a largely original station (dating from 1847) when passengers seemed to matter more than today?

The first thing that a visitor cannot fail to notice is that there are seats everywhere.

Although many stations have seats those close to the platforms are often noisy and people are constantly walking past. At Carlisle station there are several enclosed seating areas with glass to minimise the noise but let in the light allowing people to relax. Unfortunately there are no tables (an omission as people want somewhere to place a drink) and power-points, which are becoming increasingly important. 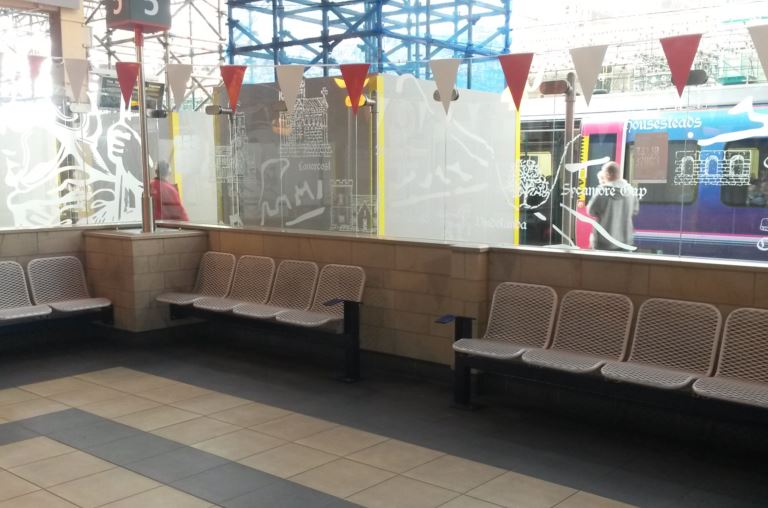 Almost uniquely Carlisle station has an enclosed seating area that is similar to a pub garden. It is an ideal place for families to wait and for children to play without inconveniencing other passengers. 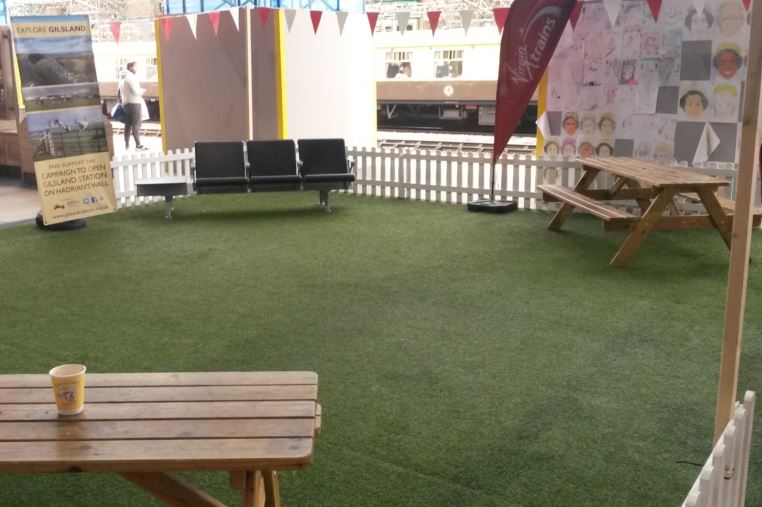 Most stations in Britain have hard seats (as do some trains and trams). Sometimes there are comfortable seats in waiting rooms. At Carlisle station there are padded seats on the platform itself. This is extremely rare. However, unlike most stations, Carlisle does benefit from a station roof that covers all of the platforms and tracks. 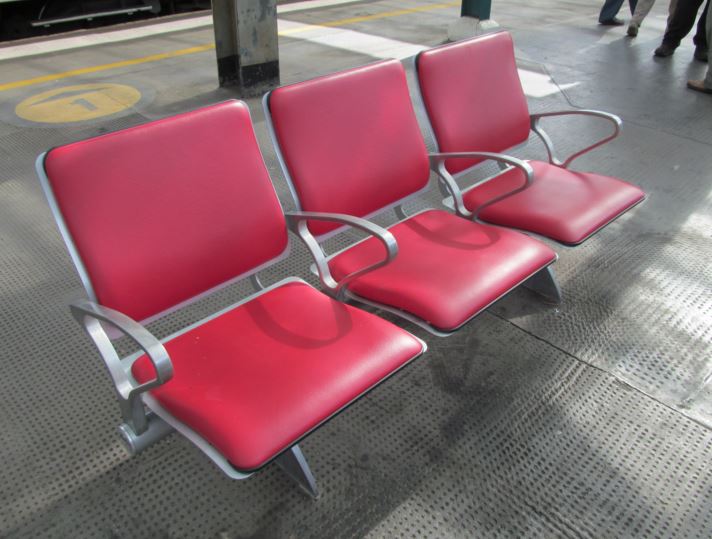 The station waiting room, which still has a fireplace, has filled the room with plenty of seats and adjacent tables. Often the tables, ideal for placing a cup of coffee, are forgotten. 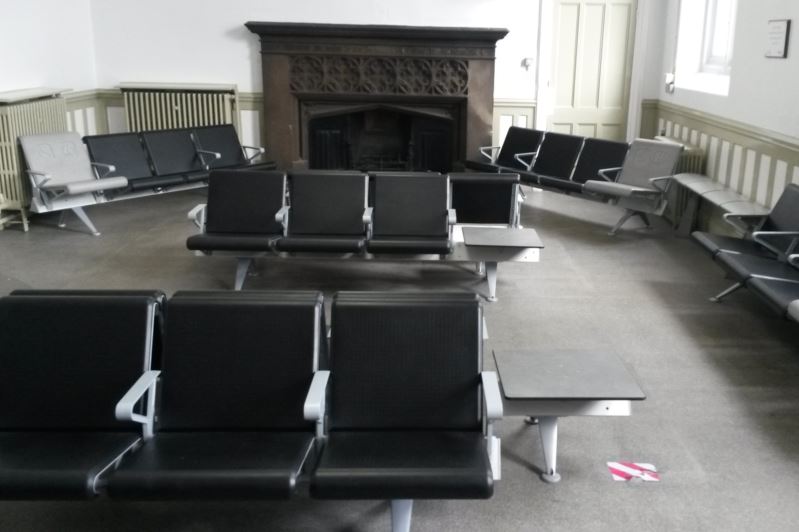 At the other end of the waiting room there is a bench with power-points beneath that people can use to charge their phone, tablet or laptop. 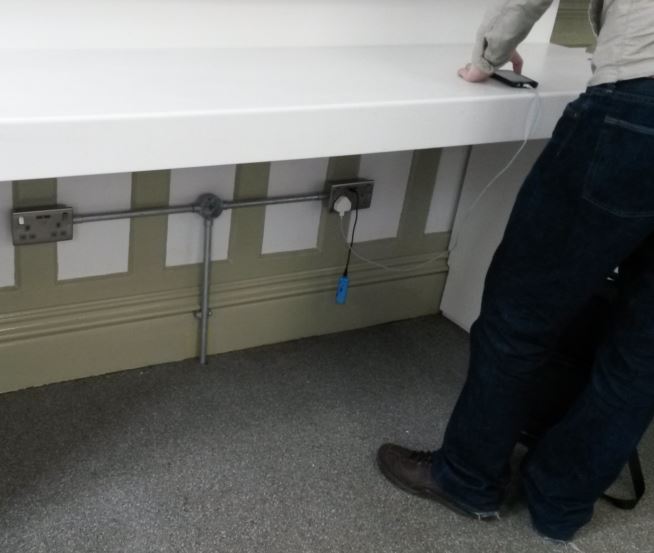 Carlisle station has several places where refreshments can be purchased. This coffee kiosk has seats and tables with glass to minimise the noise from people passing by. 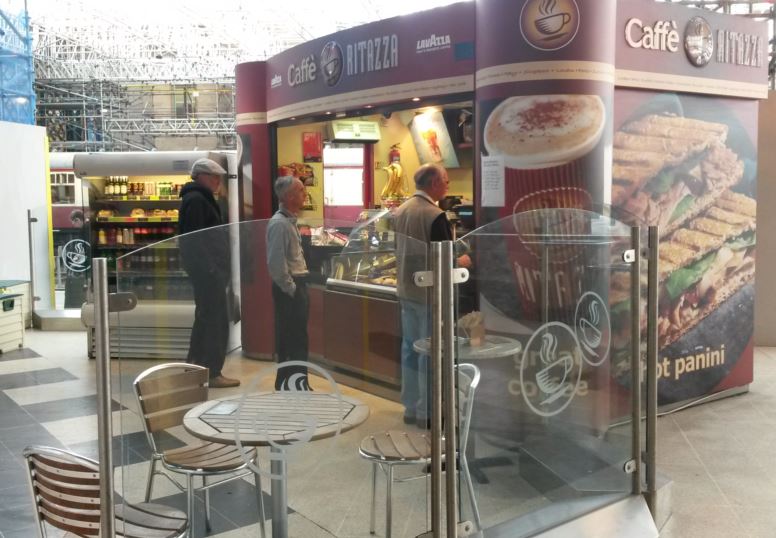 It can be uneconomical to have many refreshment kiosks inside a station because of the lack of business all day long to justify their construction and fitting out. A mobile van serving coffee on the platform may be the solution for many stations. 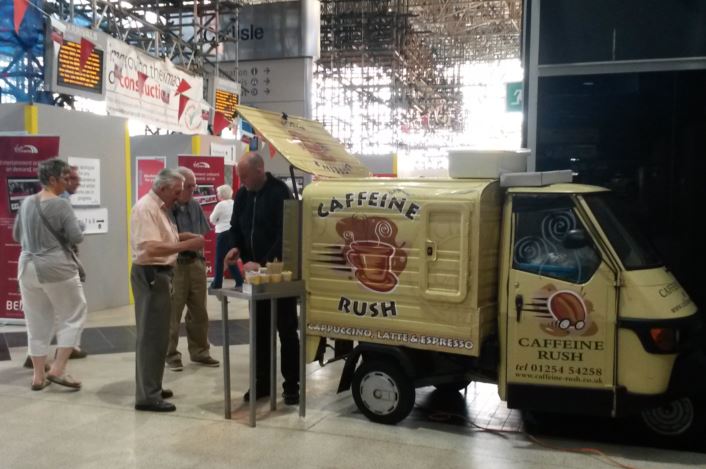 Often passengers struggle up and down stairs and ramps because they cannot see the lift or bother to find out where it is. There’s no excuse at Carlisle station where the sign could not be better – not a bad idea when visibility is obscured by roof restoration work 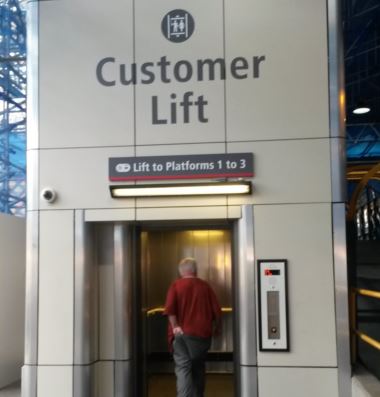 Many stations have minimal protection from the weather. Where canopies exist they are usually just at one end of a platform, which is a false economy because dwell times become longer as many passengers board and alight from just a few carriages. Carlisle station has canopies stretching along much of the platforms adjacent to most (and often all) of the carriages 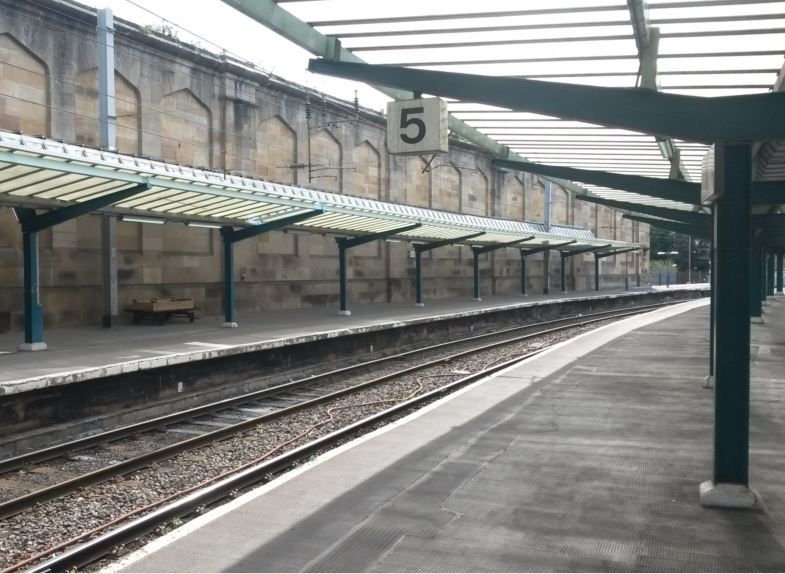 Carlisle station has a classic-style glass roof that is being fully renovated and last for many decades. It is important to explain what is happening to station users. This easy-to-find sign keeps passengers informed of what will be happening and the benefit to them 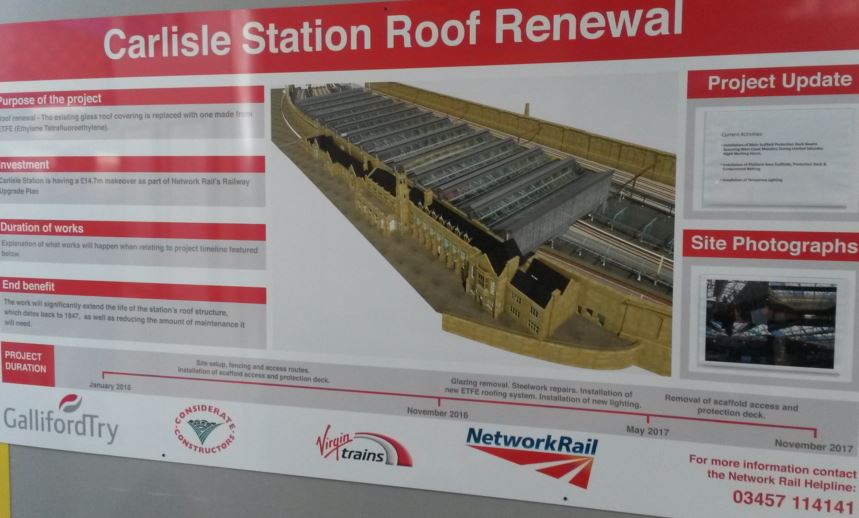 Carlisle station certainly scores well above average for the features mentioned above.

Railfuture is run entirely by volunteers. It campaigns to improve the passenger experience on Britain’s railway and is particularly interested in accessibility along with innovative ideas that can be copied. Feedback can be e-mailed to feedback at railfuture.org.uk.