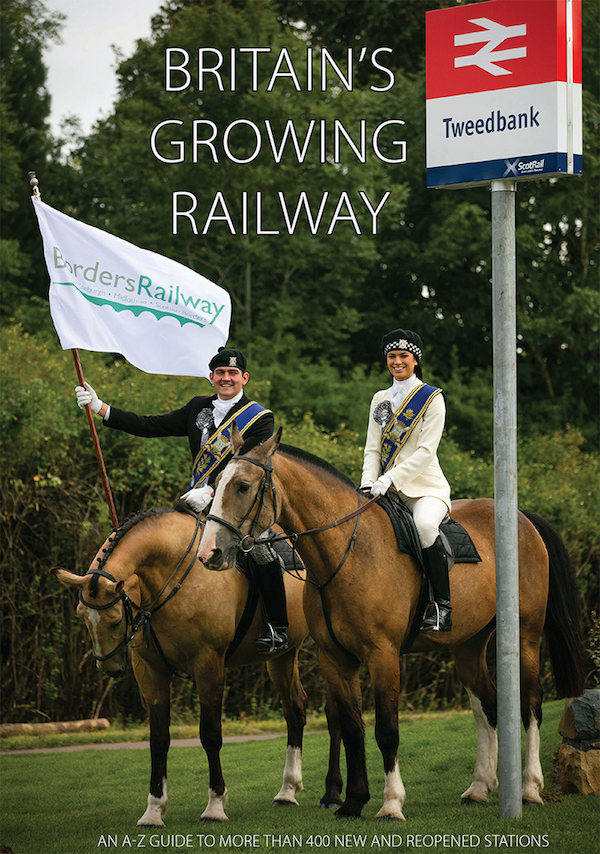 The front page of Railfuture's book Buy the book

Britain’s railways are a success story - and to prove it Railfuture's new book shows how 400 stations have been opened (or reopened) since 1960, along with 600 miles of new track.

Britain’s Growing Railway catalogues what has happened, where and when, and why there is still a long way to go before Dr Beeching’s looming presence can be discounted.

The two stars of the book are the new Borders Railway from Edinburgh to Tweedbank and the soon-to-be-opened Crossrail (Elizabeth line) in London. These two schemes are excellent examples of how the railways can be expanded as a way to provide fast, safe, attractive public transport to relieve our congested, polluted and dangerous roads.

Britain has the fastest growing railway in Europe, as the rail industry and politicians keep telling us. There are indeed growing numbers of passengers, but the network now needs to expand to be more useful.

More lines are needed and more stations. Throughout Britain local communities are demanding the return of their lost railway services or the building of new lines and stations.

Despite the difficulties, new stations and new lines have been built, with most of the reopened stations seeing healthy growth in passenger numbers. To rail campaigners who remember the 1960s and 1970s, it seems almost miraculous.

Back then the future seemed to belong to motorways and air travel, with the railway expected to decline. Not any more.For most of the stations listed in this edition of Britain’s Growing Railways, the passenger usage figures published by the Office of Rail and Road are included.

Railfuture was set up to prevent further shrinking of the railway network. Now though, there is overwhelming public demand for travel by rail.

There is only so much growth that can be achieved by running longer trains, extending platforms, running more frequent services, increasing capacity through improved signalling to enable trains to run closer together, and upgrading routes.

The official view in Westminster, the Scottish Parliament, the Welsh Government and the English regions is that providing new stations and railway lines makes sense.

When new services are provided, the response from passengers often exceeds expectations. Put on a decent train service and people will use it!

This latest edition of the Britain’s Growing Railway celebrates the success of many of our previous campaigns and points the way to the future.