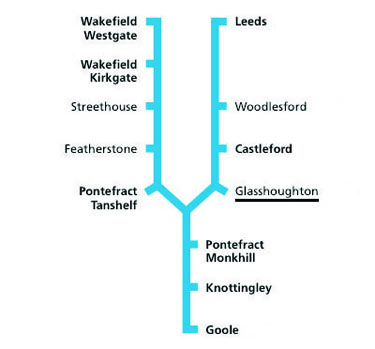 A new rail station is to open in December 2004 at Glasshoughton, between Pontefract Monkhill and Castleford in West Yorkshire

West Yorkshire Passenger Transport Executive has confirmed that "it is our intention to open the proposed station at Glasshoughton on the day of the major timetable change on 12 December 2004".

The PTE awarded a design and construct contract to a joint venture of Waystone/Scott Wilson for the provision of the new station.

It is anticipated that initially a one-hour train service will run from Leeds via Castleford and depending on its success it is hoped the service frequency will be increased.