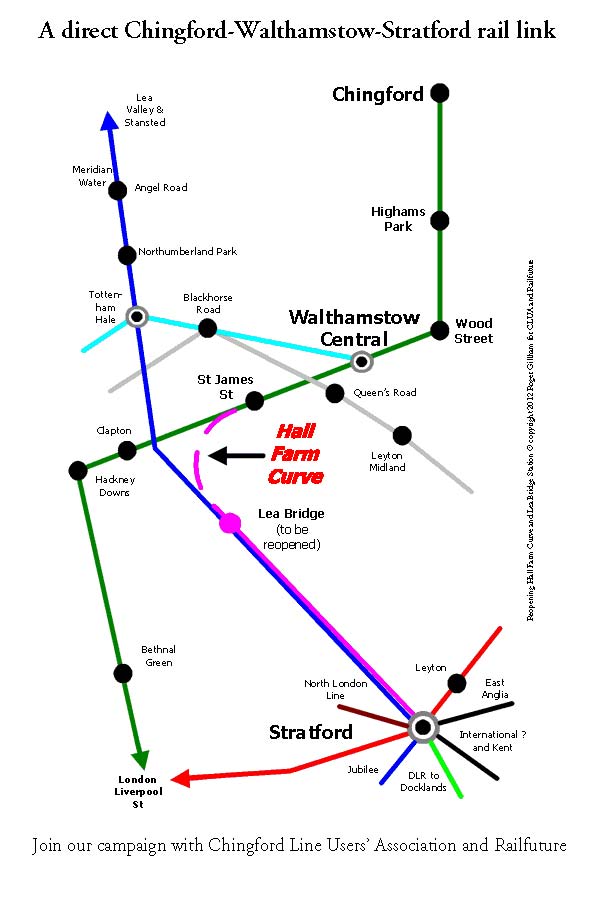 In June 2012 there was considerable progress in firming up the case for reinstating the rail link to Stratford. View or download a presentation of the Jonathan Roberts Consulting report commissioned by Railfuture and CLUA, and paid for by Railfuture's Fighting Fund.

Jonathan’s full 25-page JRC report can be viewed or downloaded. Lea Bridge station reopened in May 2016 - 31 years after closure in July 1985.