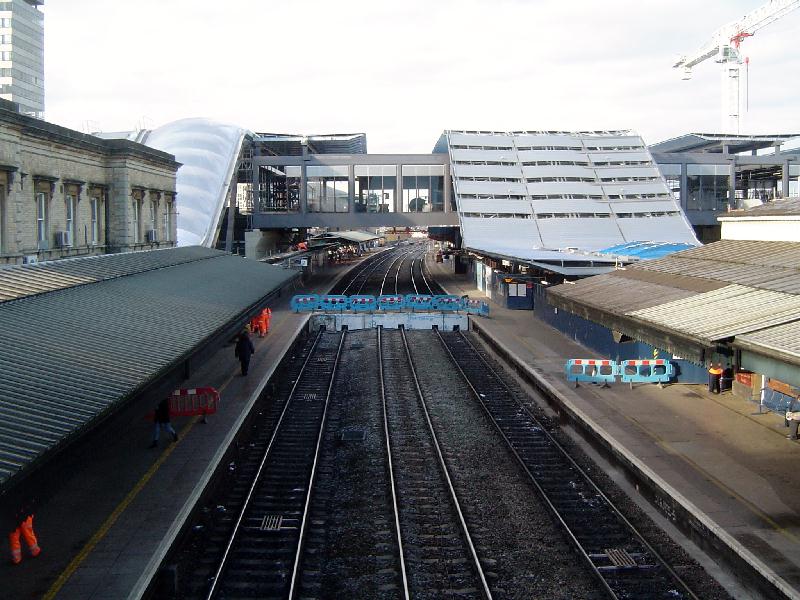 It could be argued that the subsidy quoted by the Department for Transport for passengers on Northern Rail services is helping to pay for infrastructure development such as Reading station, recently opened by the Queen but shown here under construction.

The new figures themselves are not very different, showing a subsidy per passenger mile for Northern Rail of 51.5 pence for 2013-14. This is made up of 25.8 pence subsidy direct to Northern, and 25.7 pence Network Grant paid to Network Rail.

So far so good - but over 80% of the cost paid for by the network grant (£4Bn) is interest on NR's debt (£1.5Bn) and depreciation (£1.8Bn), aggregated at a national (England and Wales) level. These charges are the result of past investment in enhancements and major projects, most of which have been in the London area or on inter-city lines, which should have made those lines more operationally cost-effective and so reduced fixed track access charges.

Using operational costs as a basis for apportioning finance charges is fundamentally unsound. Northern are hit by a double whammy of paying for investment in the south, and then paying more because that investment has made the south more cost-effective. The only fair way would be to apportion those finance costs to the route sections where the investment was made, then to the train operators by vehicle mileage over each route section.

The nearest Northern Rail services come to Reading is a once-per-day service at Derby, 137 miles away.