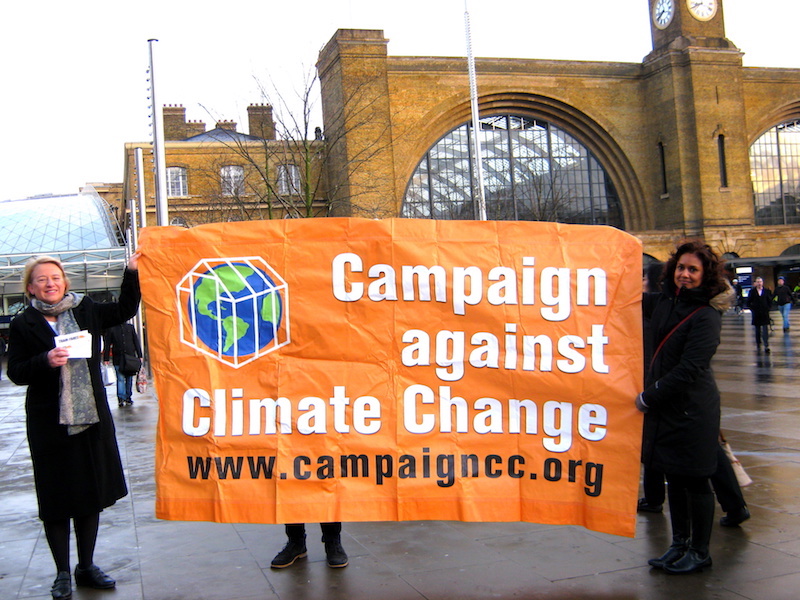 Also there was Labour’s Lillian Greenwood who is the party’s transport shadow secretary and who spoke at Railfuture’s conference in Manchester in 2011.

Ms Greenwood said rail passengers have been hit by a “truly staggering” rise of up to £2,000 since 2010.

Protests at 60 stations around Britain were organised by Action for Rail, a campaign by rail unions and the TUC, which wants the rail network to be brought back into public ownership.

Campaigners say British commuters are spending up to six times as much of their salaries on train fares as passengers on publicly owned train networks in Europe.

Action for Rail reports that some British commuters are spending 13 per cent of their monthly pay packets on rail travel, while commuters in Italy pay just two per cent.

AfR’s analysis looked at a British worker on an average salary buying a £357.90 monthly season ticket from Chelmsford to London.

By contrast, the average amount of salary going on a monthly season ticket for a similar journey is 2% in Italy, 3% in Spain and 4% in Germany.

Campaigners were joined by the general secretaries of the biggest rail unions, Aslef, TSSA and the RMT.

Mr Corbyn told LBC radio that high property costs have forced people to move further out of cities and now they are being continually hit by higher rail fares to commute back into the cities for work.

“The railways are a sustainable, good form of transport and they should be affordable for all.”

Mr Corbyn pointed out that a number of British rail lines are run by companies owned by foreign governments.

“We want the train operating companies brought into public ownership as their franchises expire,” said Mr Corbyn. “But in the meantime we want the Department for Transport to get hold of the fare structure so that commuting is affordable, so that railways are affordable.”